How ethnic killings exploded from an Ethiopian town (Times Live)

Ethio-Somali’s in the UK defending Federalism

The following video reports are clear evidences how much Egypt is meddling in Ethiopia’s internal political affairs for her own interest in the waters of the Blue Nile. Ethiopia is not that stupid not to know her own internal and external enemies that are prepared to dismantle her history and national integrity! EGYPT, HANDS OFF ETHIOPIA!!!

BIBLICAL PROPHESY:
“A sword shall come on Egypt, and anguish shall be in Ethiopia, when the slain shall fall in Egypt; and they shall take away her multitude, and her foundations shall be broken down…” (Ezekiel 30:4).

Pope Francis in Georgia – Visit to the Patriarch Ilia II

PM Netanyahu Speaks Before the Ethiopian Parliament on July 7, 2016

How the 41st Anniversary of Lekatit 11 Was Celebrated in Washington DC (USA) (Source: Birhane Abay)

Blind and hateful politics and racial/tribal bigotries of Ethiopian political movements won’t benefit Ethiopia… It would probably lead the country to another worse catastrophic political chaos and bloodshed like to the ones we had been witnessing in the neighboring Somalia and the South Sudan which had caused tremendous loss of lives and human sufferings for decades…! Ethiopia needs not ongoing wars and conflicts but rather political stability and economic and technological developments for its peoples that had suffered for so a longtime from a chronic poverty and developmental and technological backwardness!

Why Eritrea’s children are fleeing to Ethiopia?

How ethnic killings exploded from an Ethiopian town 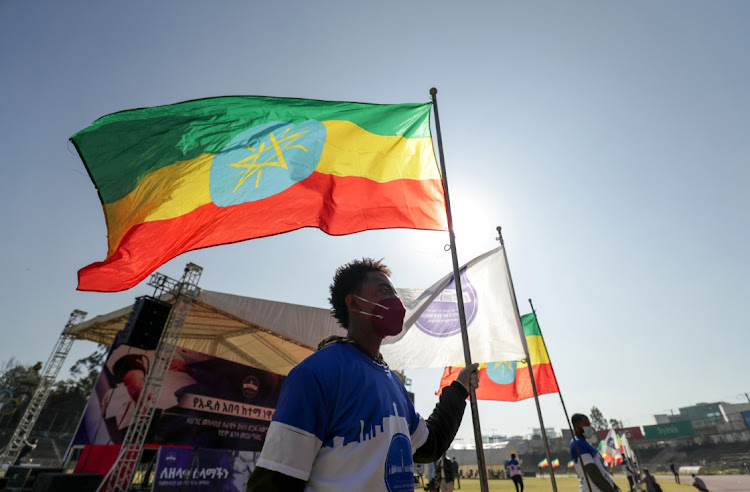 The first reports of ethnic atrocities in western Tigray surfaced two months earlier in mid-November, some 100 km to the west of the Tekeze River, in a farming town called Mai Kadra.
Image: REUTERS/Tiksa Negeri/File Photo

The screams of the dying gradually fell silent as the sky darkened. Around midnight, Berhane Gebrezigher, an ethnic Tigrayan, remembers lying in a ditch full of men who, like himself, had been shot and left for dead. He called out: “Is there anyone breathing?”

When the sun rose, the old man faced a choice: die in the ditch or haul himself to the road. Painfully, he began shuffling upwards.

It was mid-January, more than two months into an ethnic conflict that has convulsed western Tigray, an area of rich farmland in Ethiopia’s north where two of the country’s ethnic groups – Tigrayans and Amharas – used to live and work the soil together.

Berhane, 74, says he was among more than 50 Tigrayan civilians rounded up and trucked by Amhara forces to the Tekeze River that bisects Tigray. The forces ordered the men to climb down into what appeared to be a freshly dug ditch, Berhane said. Then the gunmen fired. Berhane was hit in both legs and in the back; he said he lay among the bodies, listening to the men reload and shoot at anyone who moved.